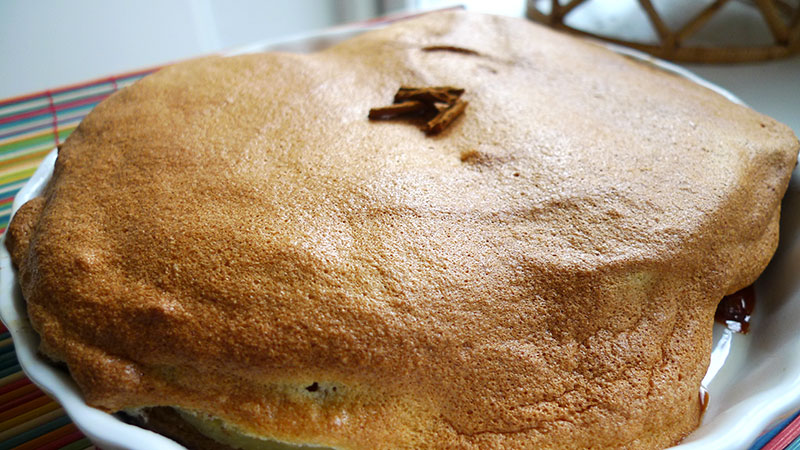 Sounds so good this pineapple recipe from Beb Vuyk’s Indonesisch kookboek. It is French toast with pineapple that needs to go in the oven. The perfect recipe for cold days. In Indo-Dutch this recipe is called ‘Ananas-prol’.

This pineapple prol takes about an hour to make, including baking time (40 minutes).

Cut a fresh pineapple into slices and in to halves. Remove the heart and sprinkle with 2 to 3 tablespoons of sugar and a little cinnamon. Drain. When used canned pineapple, sprinkle with cinnamon and let them drain. Beat 1 egg with 50 grams of sugar, cinnamon and milk. Soak the bread in this mix. Butter an ovenproof dish. Place a layer of bread, add the pineapple slices on top, and finish with the final layer of soaled bread. Separate 2 egg yolks and egg white. Beat the rest of the sugar with the egg yolks. Beat the egg whites until it form stiff peaks. Mix the egg yolks and the beaten egg whites together until it is well combined. Spread it on top of the bread and bake it in an oven at 150 ° C (gas mark 2) until done and brown in color. You can eat it hot or cold. 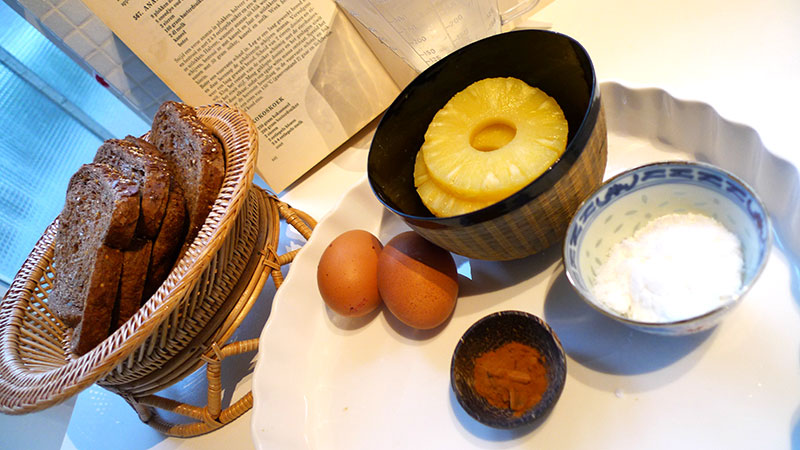 I only have about four sandwiches and not eight like in the recipe so I half the amount of ingredients. I do use the same amount of eggs though. The dish needs it, but I halve the amount of sugar.

I go for brown bread, but white is probably very tasty too. I also opt for canned pineapple. Great to work with the most simple ingredients to make this hopefully tasty pineapple French toast cake. 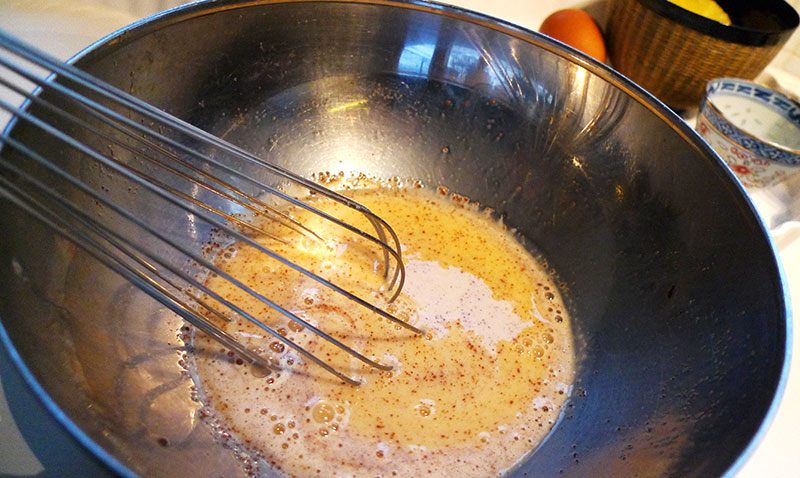 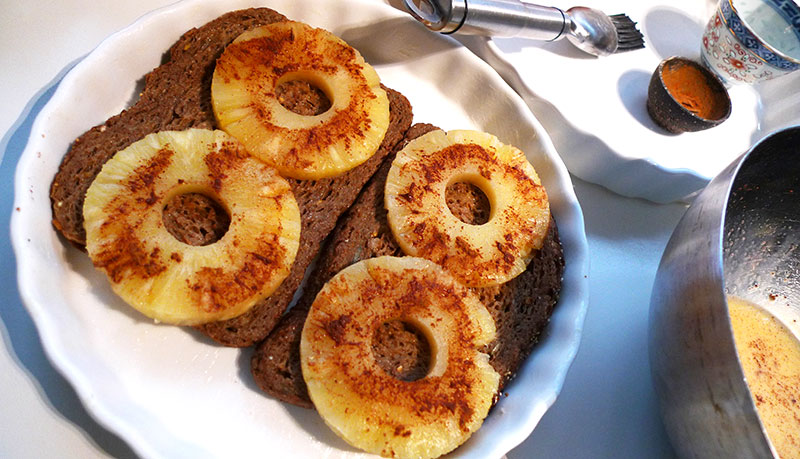 It’s like making French toast. I soak the bread slices in the egg mix. I sprinkle the pineapple discs with some cinnamon. I place a layer of bread (two slices) in a buttered oven dish. Now the pineapples go on top and I finish with the other two slices of soaked bread.

Now I make the batter that goes on top. I separates two eggs. I add 25 grams of sugar to the egg yolks and mix it. I beat the egg whites in a metal bowl not a plastic one (because it needs to be completely fat free otherwise your egg whites will not form peaks). 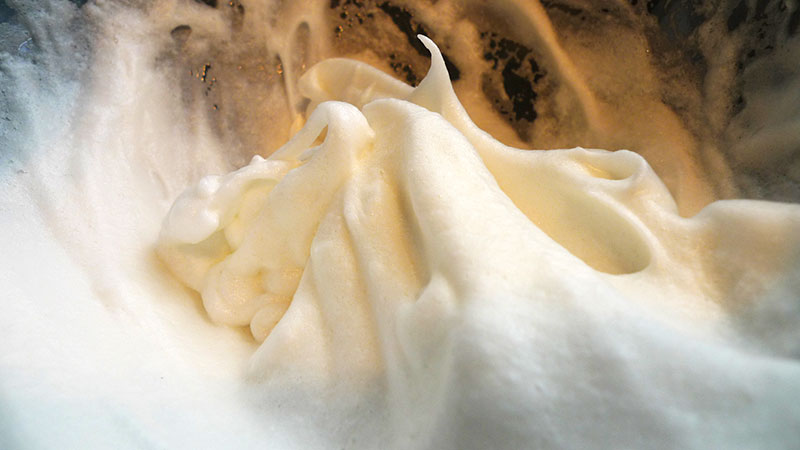 You can use a mixer, but I did it by hand. A great workout ;-). Meanwhile I heat the oven to 150 degrees celsius (or 300 degrees Fahrenheit). 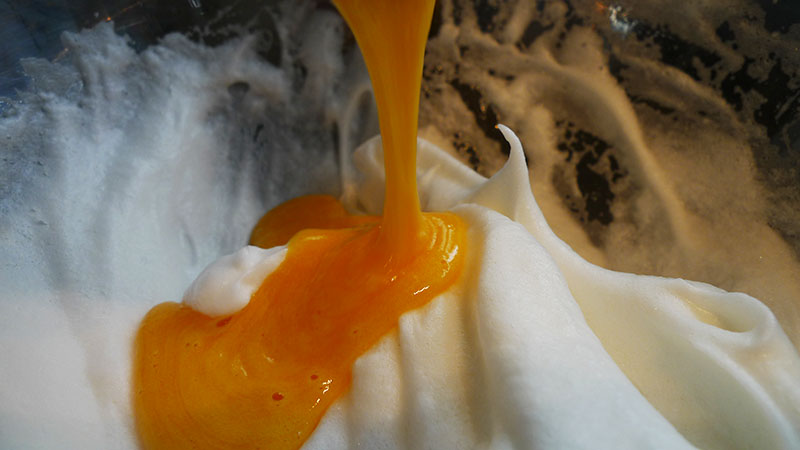 Now I use a spoon to mix the egg yolk and egg white batter. I do not use a mixer or whisk. The batter needs to stay airy and light. 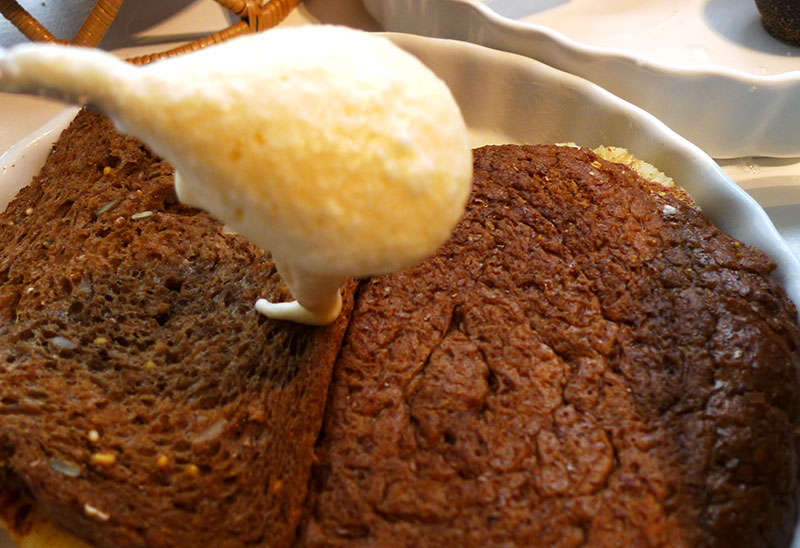 Now I pour the batter over the bread. The batter is deliciously frothy. 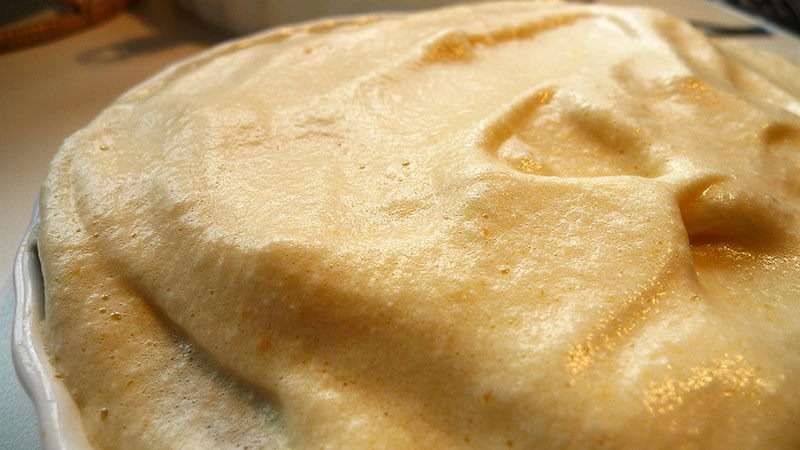 The cake is ready for the oven. Beb does not say how long her pineapple ‘prol’ needs to be in the oven. She just lets us know the temperature (150 degrees Celsius) and ‘until it is done and brown on the outside’.

My pineapple prol looks nice and and golden brown after 40 minutes at 150 degrees Celsius in the middle of the oven. 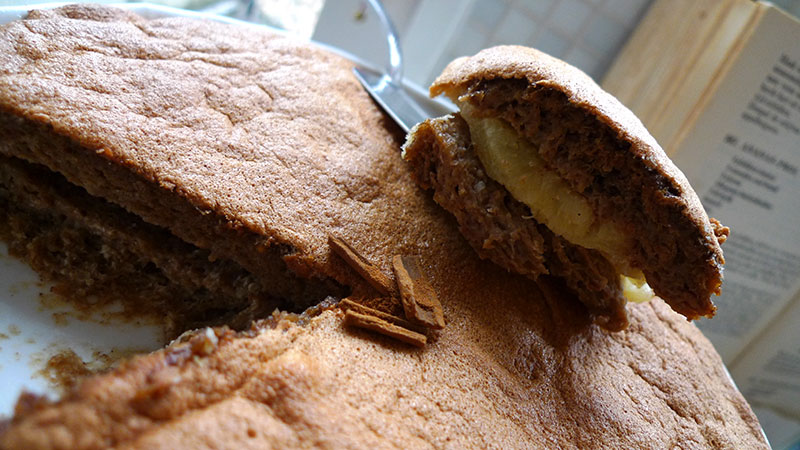 Doesn’t it look fantastic? I leave it to cool for about 10 minutes. My knife easily cuts through the cake. The sandwiches are perfectly tender. 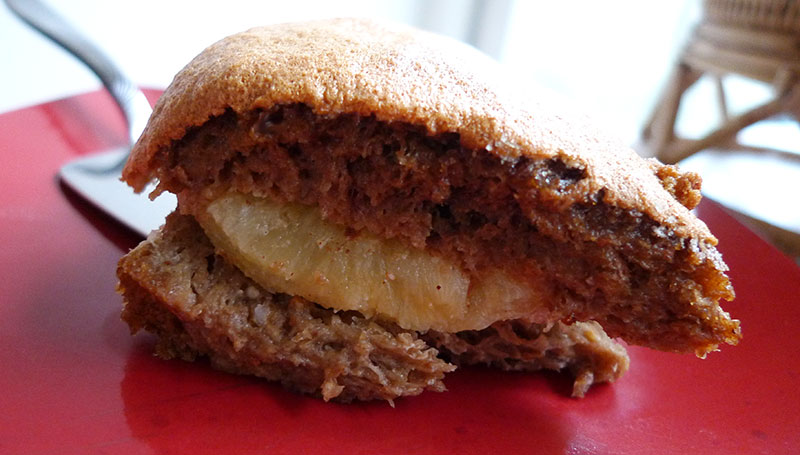 I think it’s a tasty snack. It’s not a fancy birthday cake, but a perfect lunch. I eat it hot and cold. I haven’t tried it with white bread yet, but that is probably nice too. I think gardemon is a nice spice to add for next time. I also think chili and pineapple are a great combination. Maybe I can to sprinkle some chili powder on the pineapple slices in the future. But that is for another rainy day. Now I’m going to enjoy my pineapple prol with a nice cup of coffee. Selamat makan!

Beb Vuyk, best known for her Groot Indonesisch Kookboek (Great Indonesian Cook Book), was much more than a great cook. She belongs to the most important Dutch-Indonesian (Indo) writers and journalists of her time. Check this out.