Gourami dish (with Perch and Sweet and Sour sauce) 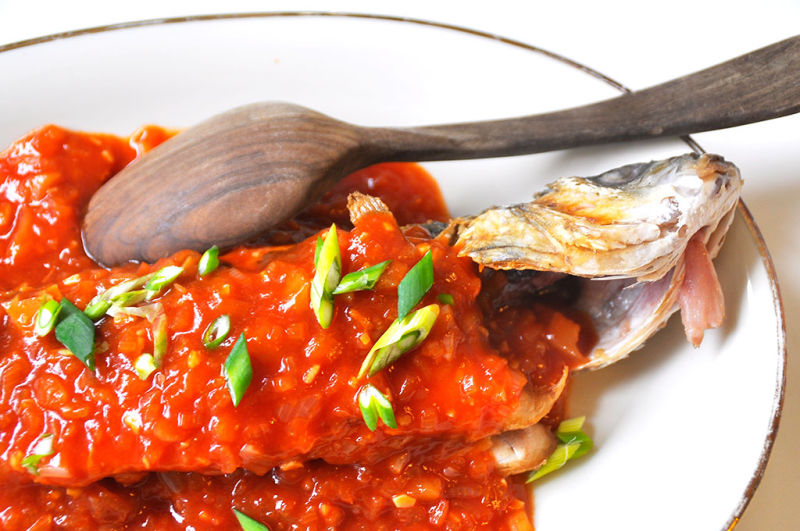 This recipe seems really nice. A crispy fish (I choose sea bass) topped with a sweet and sour ginger sauce. The fish is fried crispy with some flour. I can do this. 😉 Let’s put it all together.

How many people can join in depends on the size of your fish of course. I make the fish as a side dish for 6 people. Ready in 30 minutes.

Bake the fish in the same way as is described in the previous recipe. Cover her with a sweet and sour ginger sauce (see Chapter Sauces).

Gourami is a Chinese carp species, which is also grown in Indonesia in fresh-water ponds. They can be replaced by perch or carp. The fish is used in its entirety. Leave head and fins attached. Clean and wash the fish under the cold water tap. Make some cuts on the side of the fish on both sides and rub with salt and pepper. Leave it like this for a while. Then dry the fish well with paper towels. Dip the fish in some flour. Heat up the oil in the pan which is large enough to fit in the complete fish. Shake off the flour and bake the fish until golden brown on both sides. Let it drain on paper. 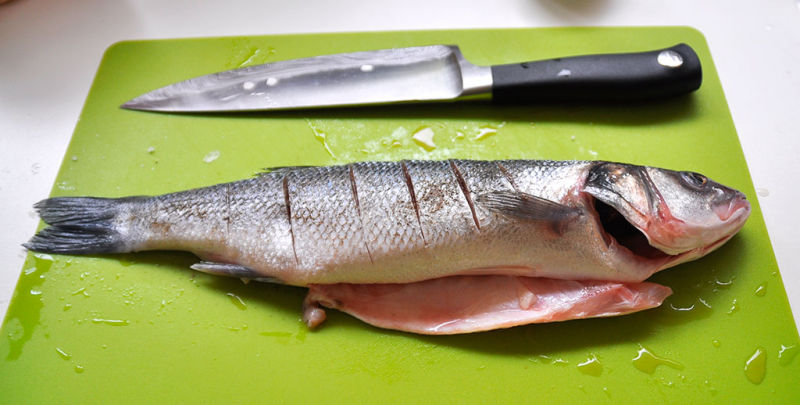 For this recipe, I choose sea bass. You can use carp, but that fish has quite some fish bones. I really like sea bass. It’s very tasty and firm.

I pat it dry with paper towels and sprinkle it with flour. I add a nice layer of oil into my pan and fry the fish on both sides. After 5 minutes I flip it over.

In total, I fry the fish for 10 minutes. The baking time is dependent on the thickness and size. Because of the cuts, you can easily see if the fish is done or not. 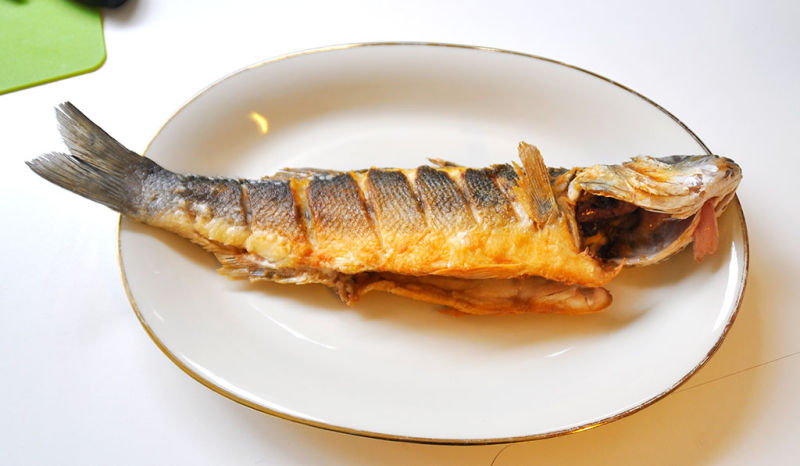 The fish has rested on some kitchen paper and is ready to be topped with the sauce. 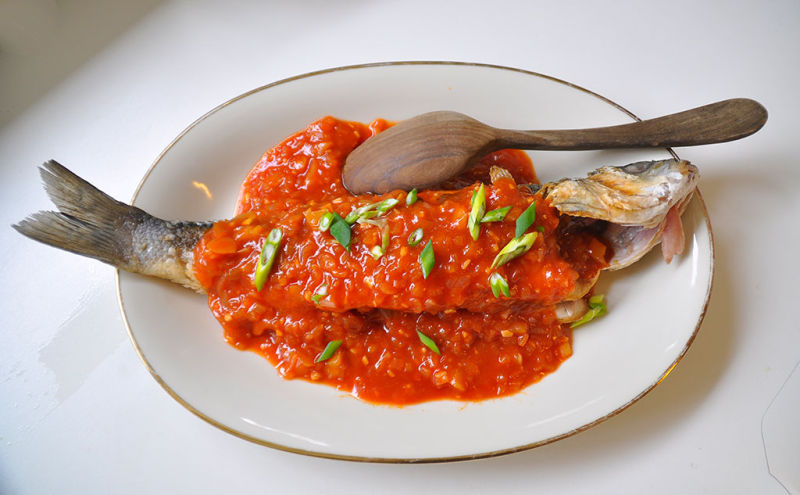 Beb Vuyk, best known for her Groot Indonesisch Kookboek (Great Indonesian Cook Book), was much more than a great cook. She belongs to the most important Dutch-Indonesian (Indo) writers and journalists of her time. Check this out.