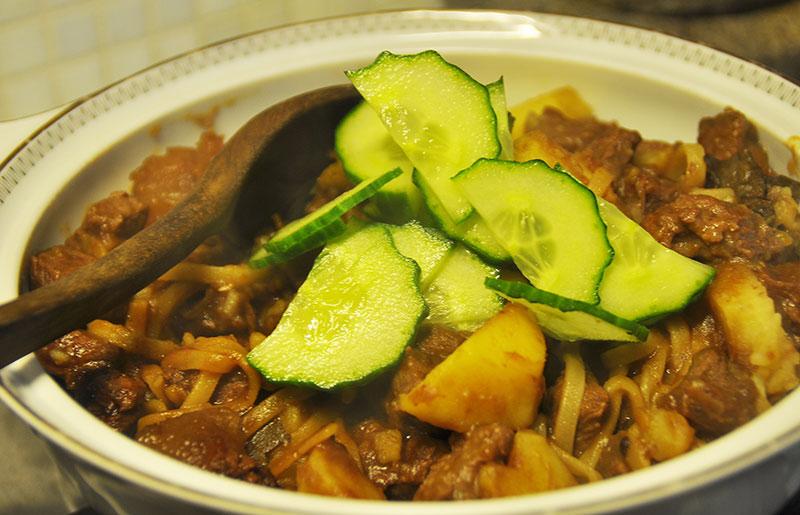 Hachée (wiki) the Dutch way is  ‘based on beef, onions and acid (usually vinegar or wine) is a typical example of traditional Dutch cuisine. Clove and bay leaves are added to the thick gravy. It is usually served with red cabbage, apples, apple sauce, potatoes, hutspot or rice.‘

This Beb Vuyk’s Dutch – Indonesian hachée recipe makes me laugh. What a wonderful variation on the famous Dutch version. The noodles and soy sauce make it so typically Indonesian, but the potatoes are definitely Dutch. The basic taste is a real Dutch hashée, but the soy sauce sweetens the dish slightly. The salam leaves are different from the Dutch bay leaves. Salam leaves have a slight cinnamon flavor. This is extreme fusion cooking. Beb you’re so modern!

5 tablespoons chopped onions
1 chopped garlic clove
3 to 4 cloves
2 salam leaves
2 tablespoons vinegar
1 tablespoon soy sauce
Cut the meat into neat pieces. Saute onions and garlic, add the meat, and then the broth, cloves and salam leaves. Cut the potatoes into slices or cubes and let it simmer with the meat. When the potatoes are almost done add the soy sauce and vinegar. Then add the drained and squeezed out noodles and let the stew simmer for a bit. 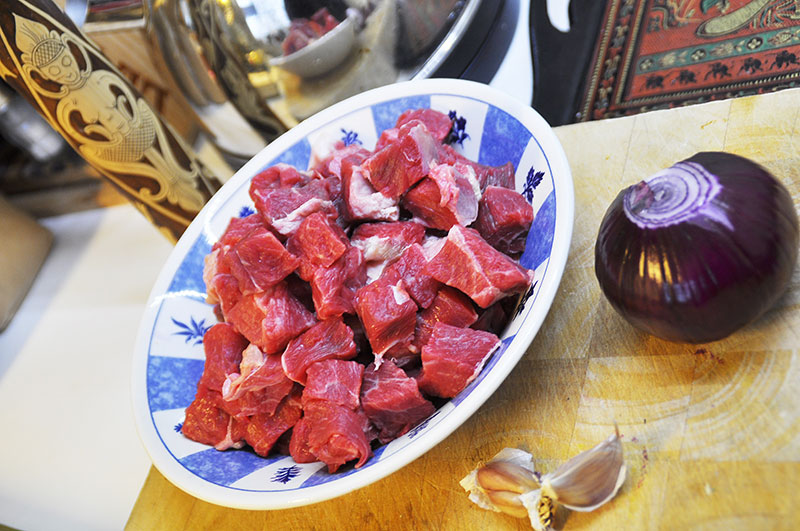 The recipe says “meat leftovers”. This can obviously be anything. I do not have some meat left, so I go and get some nice beef (for stew). That’s probably my Dutch side who speaks here. In a Dutch hachée mostly beef is used. Of course that will take much longer to cook than pork or lamb. 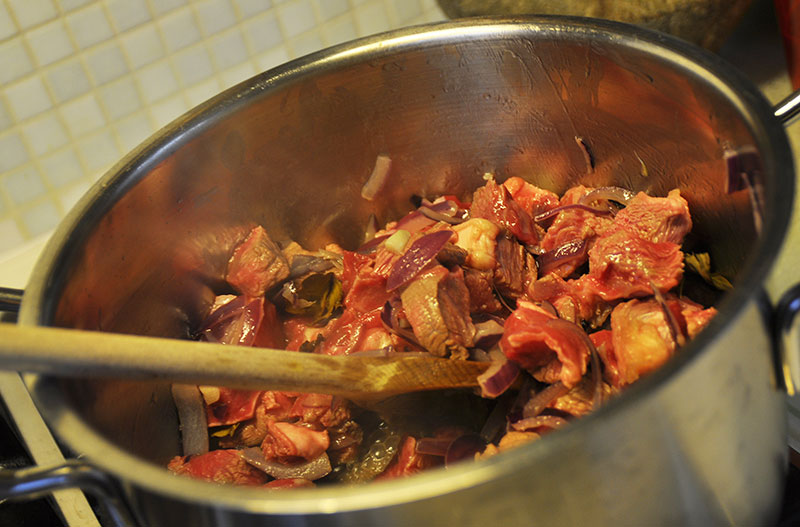 Therefore I start in the afternoon. I saute the onions and garlic, add broth, cloves and salam and a little bit of vinegar (that will keep the meat tender). After a few hours the water started to thicken. I add the potatoes. And when they are almost done the noodles. I think this is the fun part of the recipe. Never ate hashée with noodles! Some cucumber on top for some crunchy freshness and your Dutch – Indonesian stew is done. 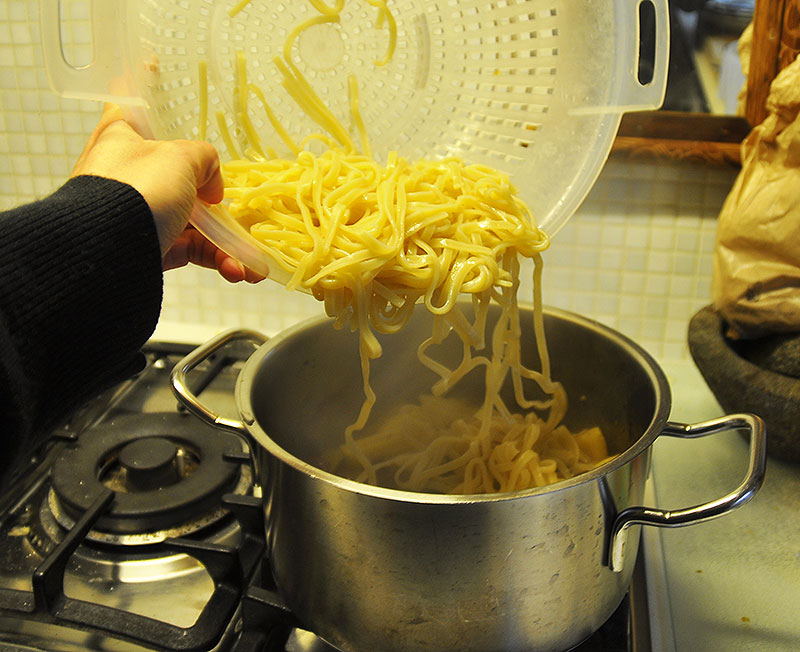 I actually want to plate this dish differently. I want to drape the noodles nicely on a big plate and pour the hashée on top. But that is not how Beb describes it in her recipe. So I do it the Beb way and next time I will plate it pisangsusu style ;-).